Autumn of 2009 while I staied at the local Crisis center I knitted this Winnie The Pooh bear for my son ❤ He was given this on my trip to England to see him, together with a friend of mine just before Christmas that year.

… Just before his arrival to Norway Christmas 2011 my son had an accident and went sick on his Pooh bear. And his father did bin him :-O My son cried on the phone, and his first reaction was, "Mommy you have to knit another Pooh bear to me", and then I got the story.

Well, if ANY parent reads this: the invention of the washingmachine is still in use also cleaning woll toys! … 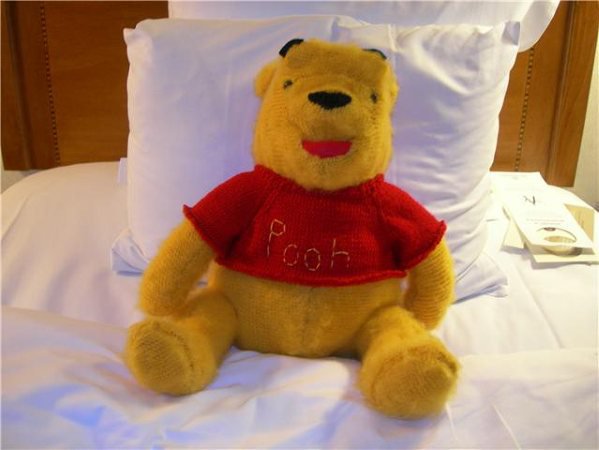 40 year old and single. Have a 15 yr old son that live in England with his father and family there. Got MS and PTSD.
View all posts by Jane Helen →
This entry was posted in All latest posts in English, Handycraft and tagged handycraft. Bookmark the permalink.